Yesterday the Dylan Thomas Centre and David Higham Associates (who control the Dylan Thomas copyright) kindly gave us permission to use 10 of Dylan Thomas' lines to be part of the collection of 365 poems to be projected randomly, one a night, on the railway/tram bridge wall outside Nottingham railway station on Station Street.

Of the 10 lines I chose, my absolute favourite line of his is:

Drunk as a vineyard snail

Most of the poems have all been drawn now and the projectors raspberry pi is being programmed next week.

I have been further testing the poems on my model. 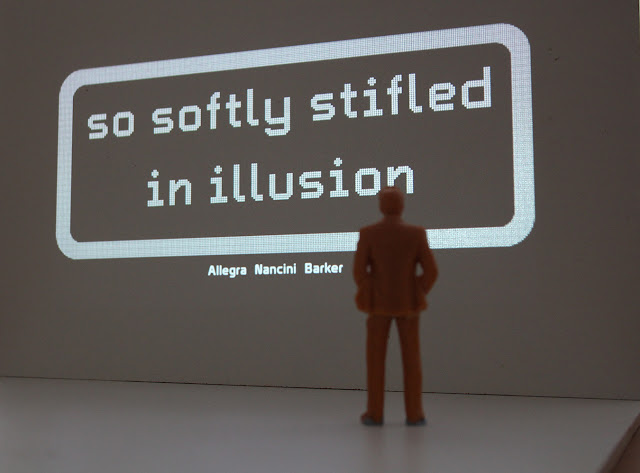