The new lighting pieces are starting to be set up in Burnley. Illuminating two magnificent chimneys on the new public square.

Here are some images from the latest evenings installation this week.

Animated images of a shuttle work their way up the west side of a chimney and then fade to reveal on the southerly side an engineers drawing of a cross section of the loom used in the Weavers Triangle factories. This fades to reveal a rhythmic punch card pattern on the east side.

A separate image on the second chimney to the rear of the square shows a repeat woodblock pattern similar to ones used locally on the cotton produced on site when the cotton industry was at its peak in Burnley.

Massive thanks To Duncan Turner and Nayan for their tireless work. 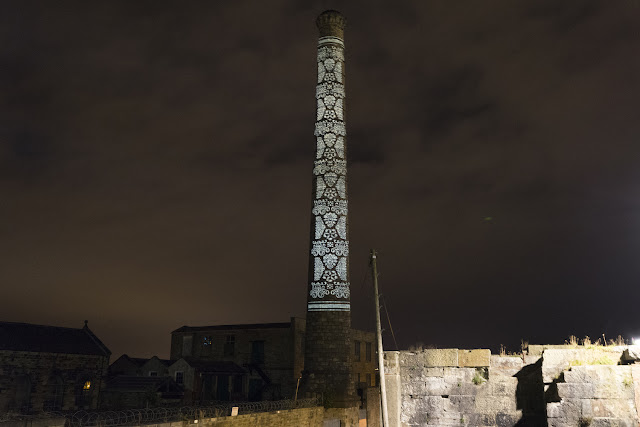 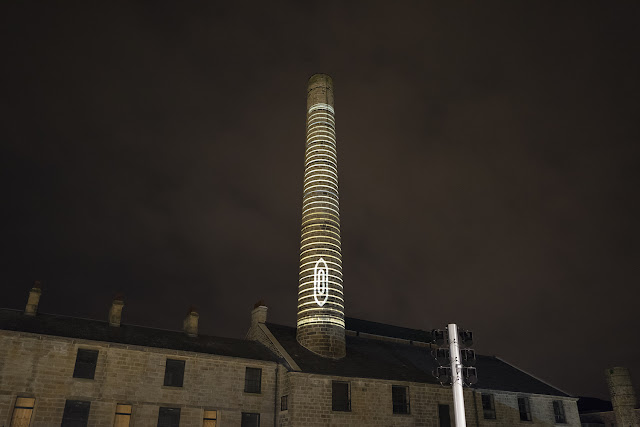 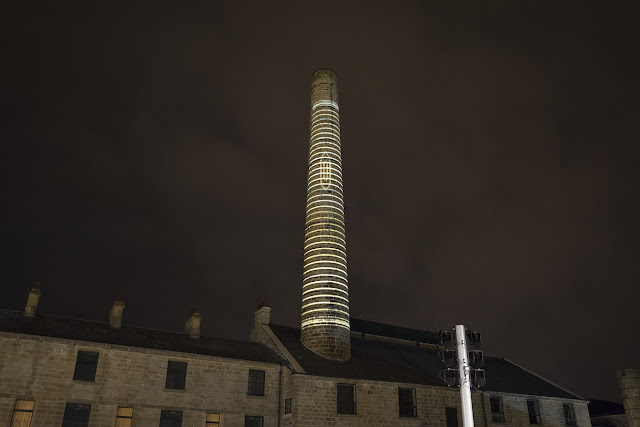 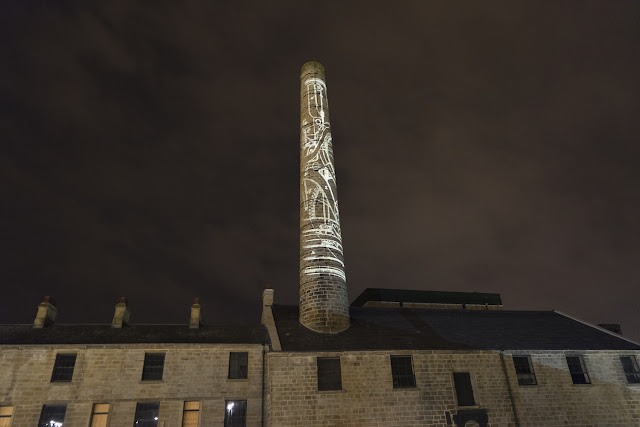 Two hand cranked three dimensional animated zoetropes were installed in the new Weavers Triangle public square last week. As the handle is rotated the twenty 3d printed figures on a turntable rotate. A white LED light above each figure turns on exactly as the figure passes by. The synchronised flickering effects makes the figures appear to come to life as they go about their business.

The effect of the animation takes place when it is darker.

The red lines at the top of the zoetrope container references the distinctive cotton tea towels made at the Weavers Triangle in Burnley which have three red steps top and bottom. The image of these hoops will also be seen in the projected gobos on the two chimneys in this new public square. The lights are due to be completed towards the end of July.

The poem is extracted from an evocative poem by John Trafford Clegg 'A Weighver's Song',  written in dialect about the life of weavers.

Thanks is also due to Andrew Hilton for his photographs. 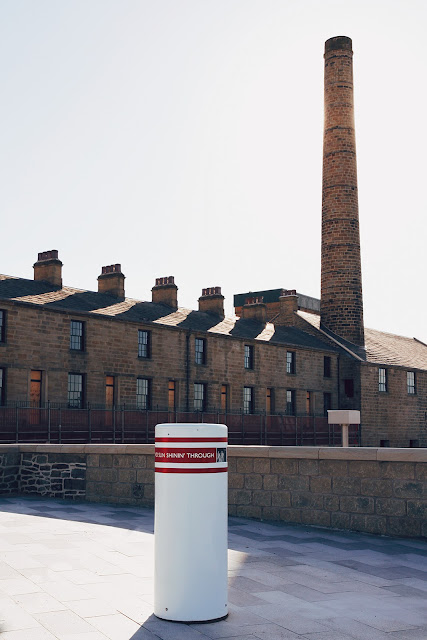 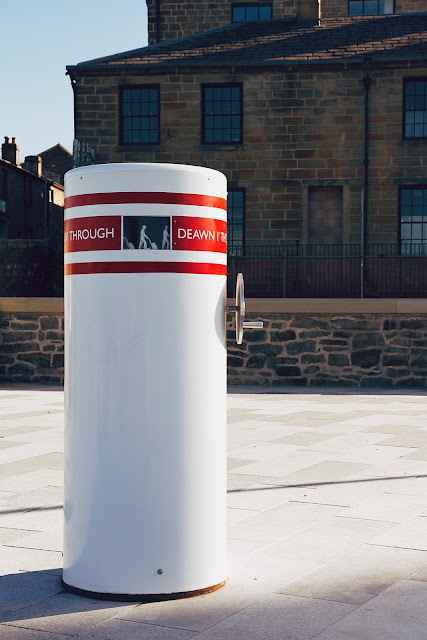 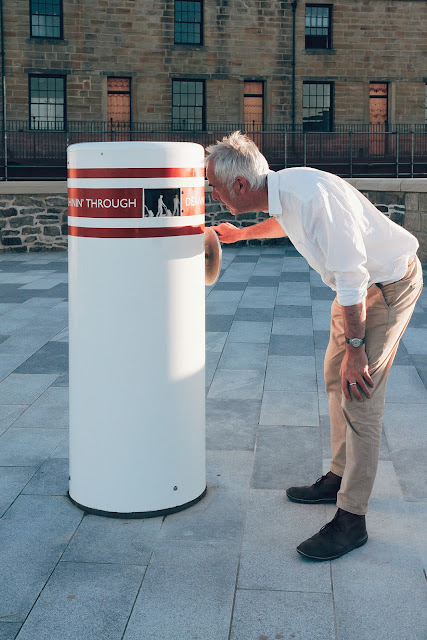 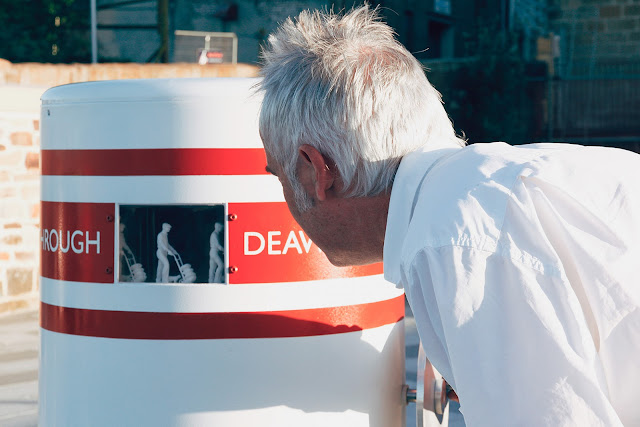 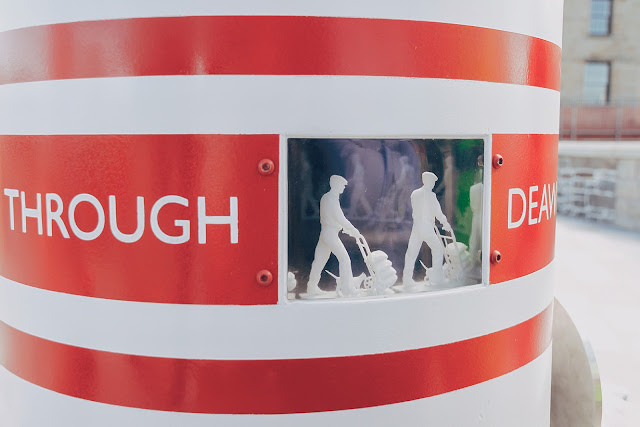 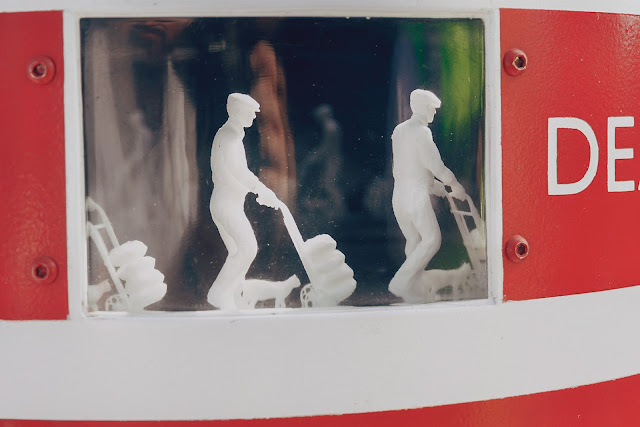 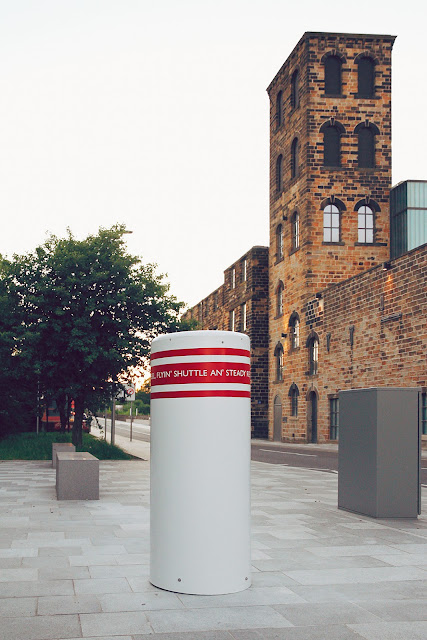 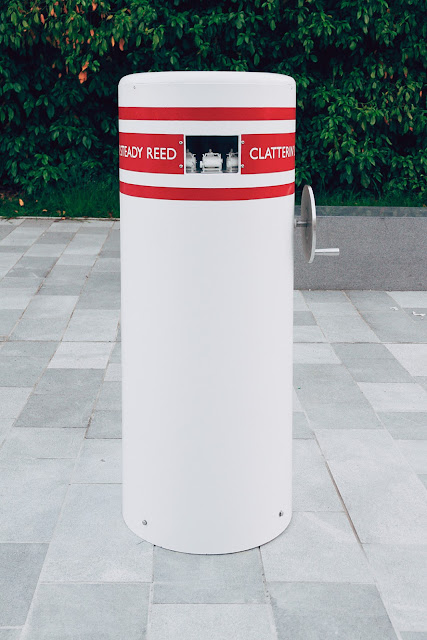 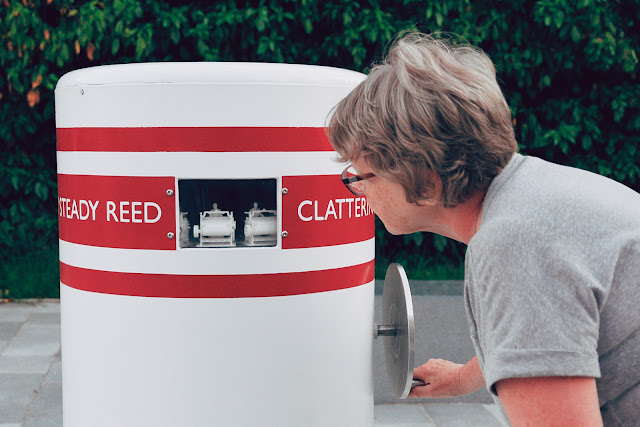 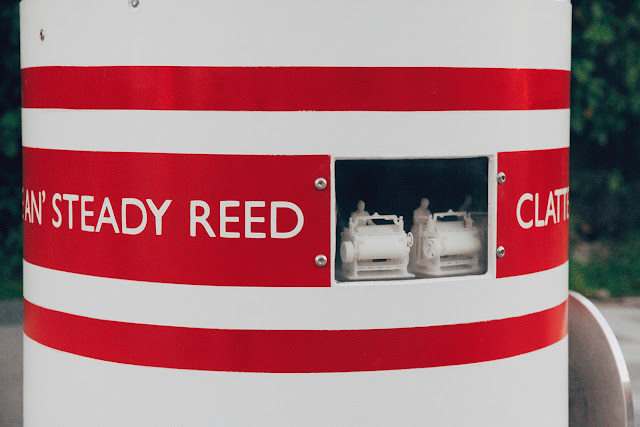 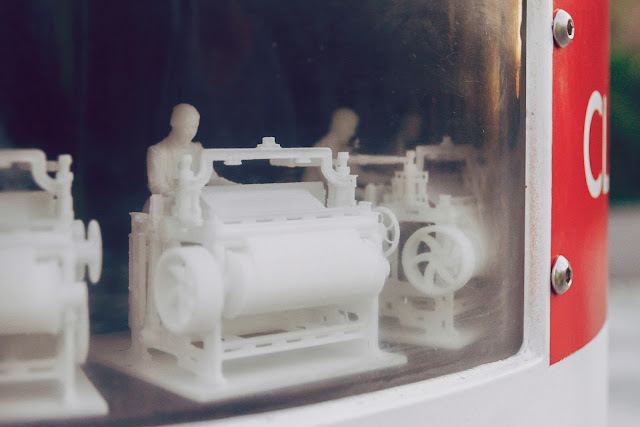 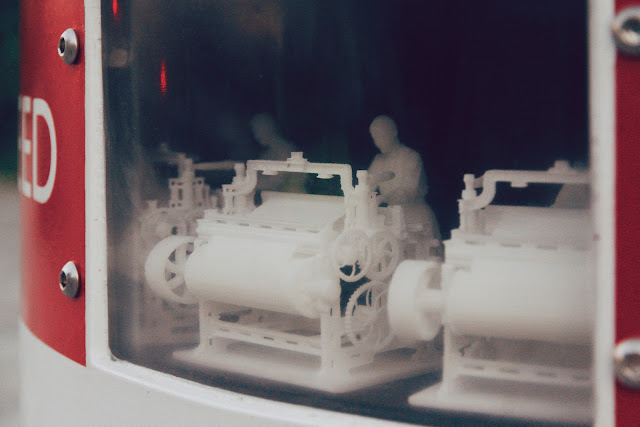