For the last two nights we have been installing another lighting sculpture. Fifteen thousand liquid crystal beads illuminated by colour changing LEDs which change colour as the wind speed varies. The form visually connects the interior and exterior of the building.


The interior atrium sculptural light is 5 metres high and the exterior is 3.5 metres.


Massive thanks again to Sebastien Boyesen and Simon. 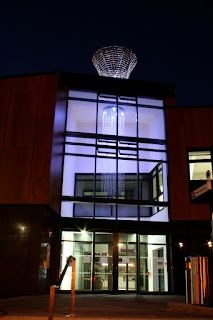 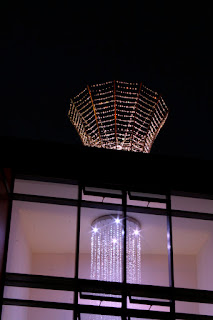 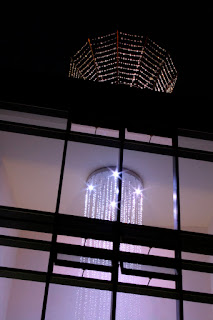 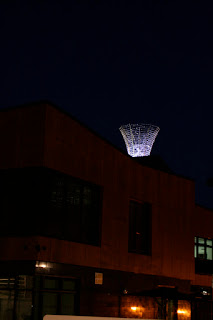 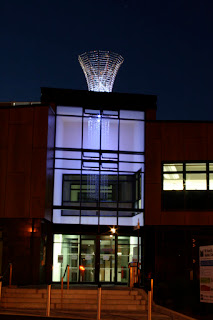 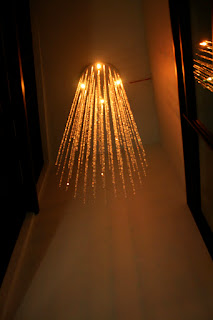 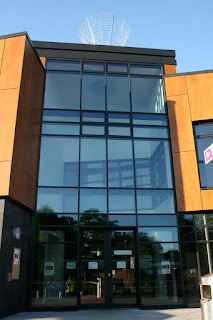 John Ruskin said: Every increased possession loads us with new weariness.
Posted by jo fairfax at 08:21 No comments:

This event and images are part of Breath of Fresh Air's 'Cargoes' project run by Rick Hall, Amy Turner and Hasmita Chavda and dovetailed with Graham Callister's input from Northamptonshire County Council plus help from Katie Jones at Daventry District Council.

On the night local historian David Adams lead the public on an historical walk around the site before the lights went on and then Chrys Allen undertook a nocturnal art walk concluding at the laser pyramid.

The lasers collided with low flying clouds and the evening was captured by Andrew Hilton. 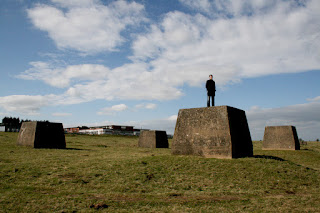 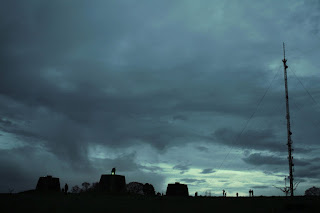 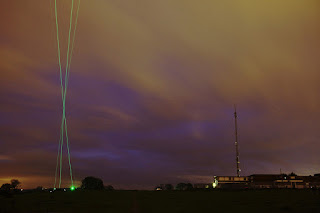 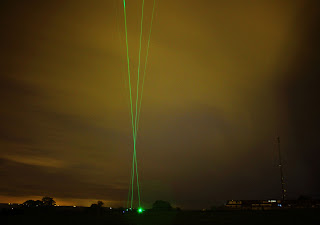 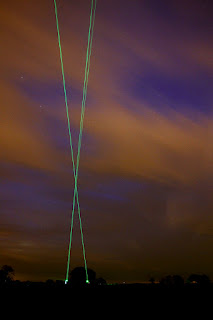 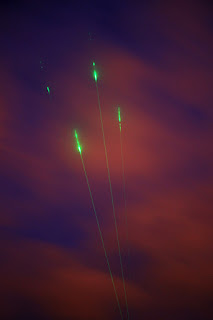 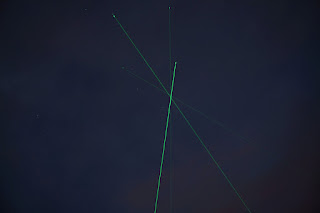 Last night was the final night of lighting the National Lift Tower, Northampton (locally known as the Lighthouse since Terry Wogan referred to it as that). We shone the 20w laser on a north/south axis which then swapped to a east/west axis every 30 seconds. We also washed two sides of the tower with colour changing LED's on a 5 minute programme.


Massive thanks to Graham Callister, Dal Badial, Darren, Kevin Roach and his team and Ed. 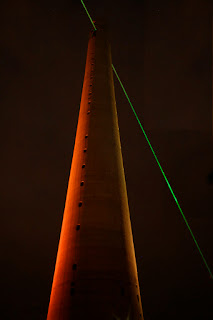