I was asked by Beam on behalf of Wakefield Council to produce a piece that leads people to the entrance of the refurbished Kirkgate Railway Station, Wakefield. A wall was required to separate the public realm with the small park behind. This is the railway station that people use to visit the Hepworth Museum and of course Barabara Hepworth was born in Wakefield.
The perforations act as a way of connecting the park and public realm whilst also referencing Hepworths sculpturally significant penetration of her forms.

A quote by Wakefield novelist George Gissing is inlaid the surface of the wall using the same technique that is used at the Hepworth Museum. The quote reads: It is the mind which creates the world around us.

6 uplighters are still due to be installed. I'll upload new photographs when that part of the installation is complete. 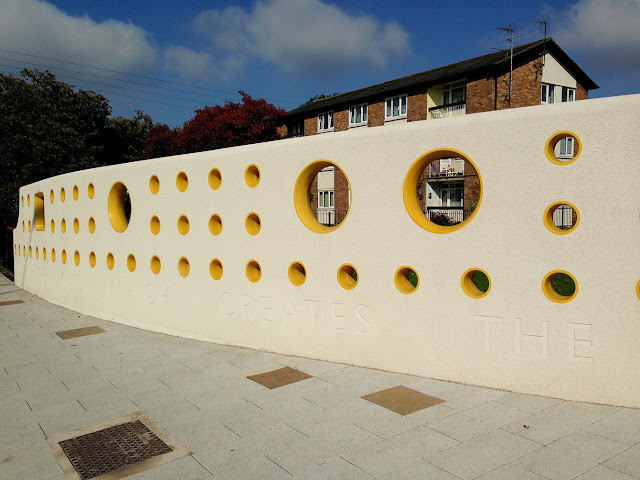 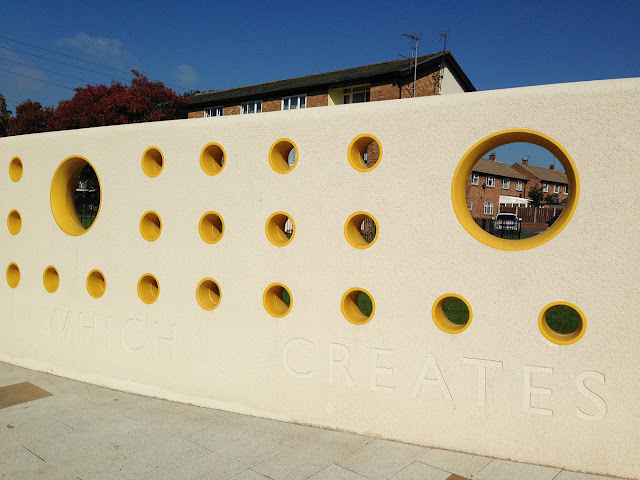 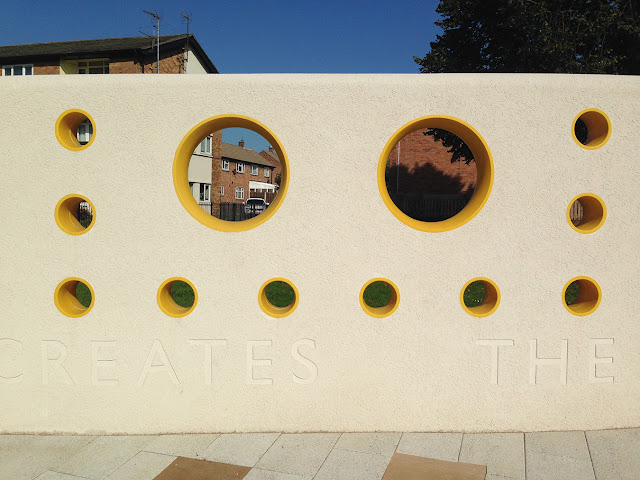 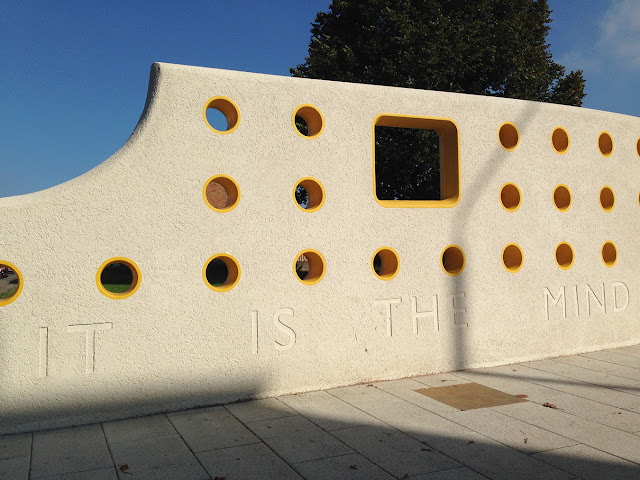 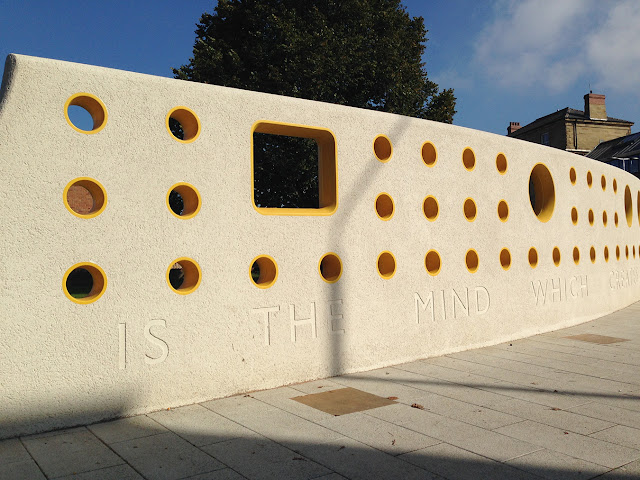 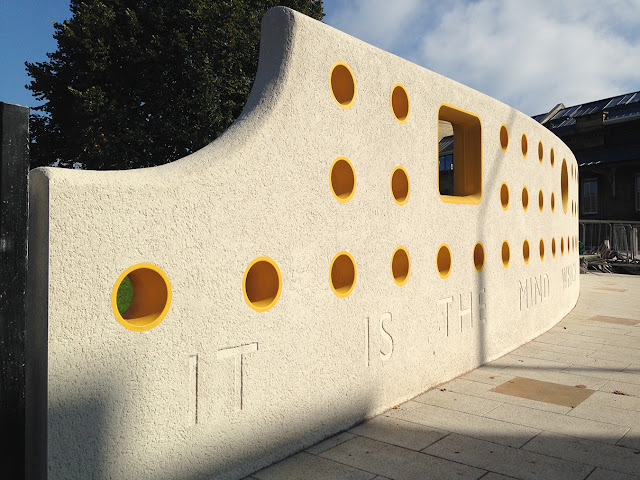